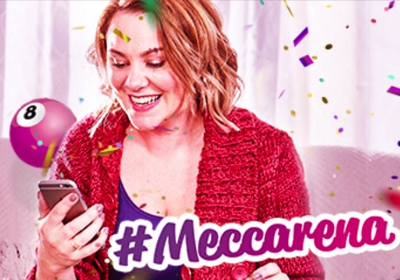 When it comes to bingo, there are really two major names in the industry: Gala and Mecca. We’ve looked at the former elsewhere on the site, with now being the turn of the latter. The reason they’re both so well-known and popular is because they’ve seemingly been around forever, especially in terms of being physical entities. When it comes to Mecca, the company was launched in 1961 and one of the director’s, Eric Morley, is generally considered to be the man that popularised the game of bingo in the UK. From humble beginnings back in the 1960s, Mecca has grown to become the largest bingo game operator in the entire United Kingdom. That is in some part down to the Rank Organisation, which bought Mecca Leisure Group for £512 million in 1990.

All of that should tell you that Mecca’s bingo pedigree cannot be overstated. This is one of the biggest and most knowledgeable bingo companies in the world and it’s reflected in the way the site works. The company has won numerous awards of the years, such as being named the 2016 Bingo Operator of the Year by the International Gaming Awards. On this page we’ll tell you about the different rooms that you can play in with your Mecca Bingo membership, as well as the various banking methods available to you and some more about Mecca’s history. We’ll start, though, by telling you all about how loyalty to the Mecca brand will pay you dividends. 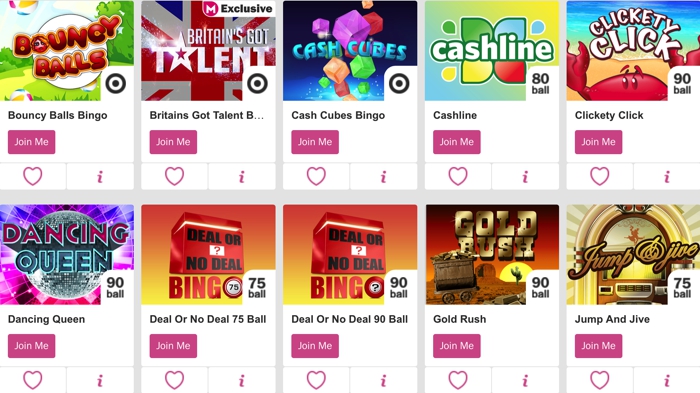 Every Virtue Fusion operated site will have some overlap in the bingo games that you’ll be able to play, but they also do their best to offer unique ones that you’ll only be able to get by visiting that particular site. Here’s some information about the rooms that are exclusive to Mecca Bingo, though this list is far from exhaustive:

A genuine Mecca Bingo exclusive, the Britain’s Got Talent Bingo room is where their special games take place. It’s open between 9am and 11pm seven days a week and features not only the usual Line, 2 Lines and House wins but also three other special bonus prizes.

Britain’s Got Talent isn’t the only popular TV show that has a bingo game associated with it on the Mecca Bingo site. The X factor Bingo opens at 10am and stays open until midnight, complete with a judge’s desk for if you manage to win the jackpot. Can you make it through it to the next round and take home a tasty prize?

This is Mecca Bingo’s speedy room, where the 90 ball games come thick and fast and you’ll barely have completed the previous one before the next one gets underway. Open twenty-four hours a day, tickets start at just 1p.

Not only is that a game that’s exclusive to Mecca Bingo, it’s also one of a kind. As well as standard bingo in this 90 ball room, there’s also the chance that balls will line-up with others of the same colour and you’ll win a part of the feature prize. It’s open from 5pm until midnight everyday of the week.

With prizes of up to a thousand pounds and feature games like Linked Bingo, this 90 ball room that is open 24 hours a day will be a fun place to head if some of the other rooms you like the look of aren’t open when you’re heading to Mecca Bingo to play.

Another 24 hour a day room, 2 Little Ducks features the likes of BOGOF games, Linked Bingo and prizes of up to £1000. There’s also a jackpot that promises a minimum win of £10,000 when it’s struck, with money added to it every time it’s not won.

An 80 ball bingo room that’s open from 9am until midnight seven days a week, Cashline is an online version of an interval game that’s played in the Mecca Bingo halls throughout the UK. There’s a huge variation in the games you’ll be able to play in here, with some fun little options like ‘Topless’, in which your top line starts off filled in.

This 50s styled room is open 24 hours a day and often features penny bingo. That is not all that thrilling in and of itself considering we’ve already told you about a penny bingo room, but this is a 75 ball room and therefore offers something a little different. 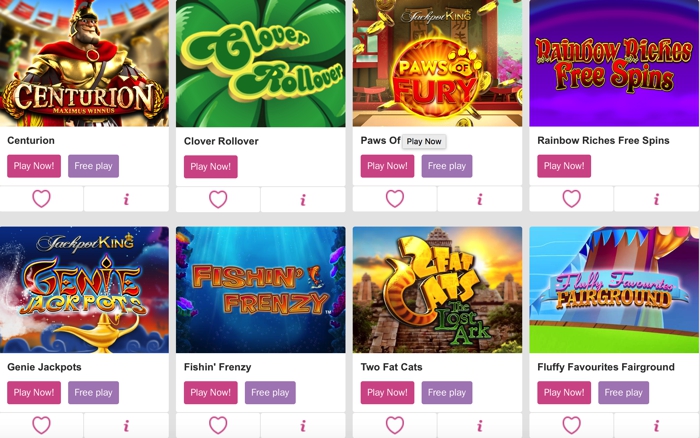 Everyone loves a bit of bingo, which is presumably why you’re on this page in the first place. Yet every now and then you need a bit of a break to get your head together and regain your focus, or because the room that you enjoy playing isn’t open yet. One of the things you can do to try and keep your money ticking over but not have to leave the site you’re on is engage in a side game or two. These can take many forms, including the ability to play slots. Some bingo sites locate these games within the bingo lobby, but Mecca have decided to go for something different by asking you to head the gaming homepage to find the various side games on offer.

We’ve already mentioned the slots, most of which you’ll recognise if you’ve ever played some on another Virtue Fusion site. You can search out a game according to where it would sit in a number of tabs, including ‘Featured’, ‘New’, ‘Jackpot’ and ‘Club Slots’. Alternatively you might want to have a look at the ‘Scratchcards,’ which are similar to the Instant Wins you’ll also be able to find on the homepage. All told, there are plenty of different options for you if you decide that you fancy a quick break from the bingo.

As you’ll no doubt have worked out by now from reading through this page, Mecca Bingo is one of, if not the, biggest bingo sites around. It’s not exactly a shock, therefore, that they give their customers a whole host of different banking options. Whichever option you choose to go with in the end, you’ll be asked to make a minimum deposit of £5 every time you want to add funds to your account. You’ll also be asked to withdraw at least £10 from your account when you want to move money into your bank. The only time that the latter fact isn’t true is if it’s a final withdrawal to close your account down.

The good news is that, whether you’re making a withdrawal or a deposit, you won’t be charged anything for doing so by Mecca Bingo. Your financial provider might issue you with a charge, but that’s something that you’ll have to take up with them. Speaking of financial providers, Mecca will allow you to make deposits with the usual debit cards as well as plenty of the newer e-wallets. These include the likes of Skrill, PayPal, NeTeller and PaySafeCards. If you’d like to make a bank transfer or use some other method instead then just get in touch with Mecca and ask them what they can do.

Mecca Bingo was founded in 1961 and is generally considered to be the company that introduced the United Kingdom to the idea of playing bingo for fun. That honour is often given to a man named Eric Morley, who not only a TV host but also a founder of the Miss World pageant. He was a director at Mecca Bingo at the time, hence the notion that it was Mecca that popularised the game. The company was bought out by the Rank Organisation in 1990 for £512 million, adding to a roster that already included the Odeon cinema chain. That was because the Rank Organisation was started by J. Arthur Rank who later steered them towards taking over Pinewood Studios, the famous location where James Bond films are made.

Nowadays Mecca Bingo isn’t the only gambling establishment owned by the Rank Organisation. The company is also the owner of the Grosvenor Casino chain, which is the largest casino chain in the UK. Not bad for a company that was originally formed to have a major part in the world of cinema and movies! In 2012 the company had hoped to take over 23 clubs owned by the Gala Coral Group, but this was stopped by the Competition Commission. Instead they removed four of the desired clubs from the list and managed to takeover 19 of them in 2013. That was when they became the largest casino operator in the country, as well as running establishments in Belgium and Spain.