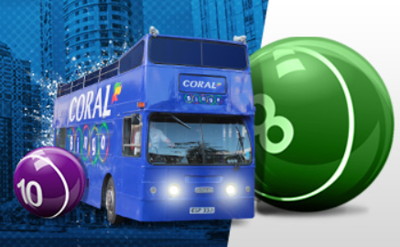 When Joe Coral set us his bookmaking pitch for the first time on a racecourse in 1926 there’s no way of knowing whether he’d realise how big his company would one day become. Back then it was just a matter of taking money for horse racing bets before later moving things on to include the likes of speedway meetings. Nowadays Coral is one of the biggest bookmakers in town, especially since the company’s merger with Ladbrokes.

Those of you that have read our review of Gala Bingo will know that the company acquired Coral Eurobet in October of 2005 for £2.18 billion. It’s not shocking, therefore, that Coral have themselves launched a bingo section when you consider the links to such a well-known bingo company as Gala. Though Coral is still best known for it sportsbook, the bingo rooms have been gaining in popularity and a quick look through this page will tell you why.

As with Coral’s sister company, Ladbrokes, the bingo moved from being part of the Virtue Fusion network to being on Electracade. Electracade, as you may know, is the company that used to be known as Cozy Bingo, so there’s a wealth of experience behind the company.

GVC Holdings, the parent company of both Ladbrokes and Coral, bought Cozy and so has decided to combine its newly acquired bingo network with the bingo sites that the company also owns. That’s how things work in the gambling world, so it’s hardly a surprise. Here’s a look at some of the bingo rooms you can expect to find:

A 90 ball room that is themed around one of TV’s most loved comedies, fans of the series will no doubt love the music that kicks in when the game is about to get underway. There’s a Central Perk Jackpot that can be triggered when the bingo is one in a given number of calls.

As the name suggests, this is a chance for those of you that might not be particularly comfortable with the world of bingo to play a game for free. Offering real value for money, given no money need be invested, you can play the game from 12pm until 8pm and have the chance to buy tickets to play for bigger prizes.

An 80 ball bingo room, Level 80 usually offers cheap tickets and sensible prizes to mean that it’s not often overrun. A nice place to head if you want to have a more chilled out experience.

Can’t be bothered to wait around? This room that’s open twenty-four hours a day and seven days a week is for you. Games come around thick and fast, offering 30 ball bingo in order to keep you interested and invested.

Give them their due, Coral don’t like to give rooms confusing names. Strive 75 is, of course, a 75 ball bingo room where the fun only stops between plays.

As you might have guessed, this is where cheap bingo can be played on a regular basis. Tickets start from just 1p, but the overall prize can be decent if you hit House in a certain number of calls.

A 90 ball room that gives access to an impressive prize when you win the game in a low number of calls, Arena is where the high rollers might want to head for all of their bingo needs.

When you head into a bingo room on Coral’s site, you’ll notice down the righthand side of your screen that there are a number of slot style games that you can also play. You’ll likely recognise many of these from bigger slot rooms on other sites, with many of them being licensed. Here’s a look at some of them:

Slingo is all the rage on bingo sites nowadays, with the cross between slots and bingo being an interesting way to play. This one is themed after Rainbow Riches, which is a popular slot game all on its own.

Another cross between bingo and slots is the licensed one for Monopoly. Games last for seven or eight rolls, with the idea being to ‘collect’ properties, which reflect how many lines you’ve won. The more lines, the higher the prize at the end of it.

Big Banker Slot is a slot machine that you’ll find in bigger form elsewhere on the site. Here it’s in slightly reduced format, though it works in much the same and you’ll win prizes if you manage to successfully line-up symbols. 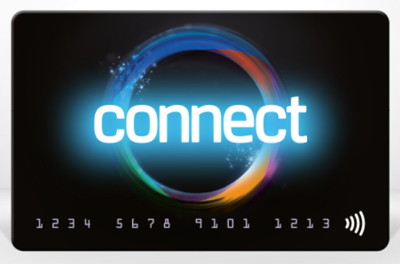 As you’d expect from a bingo room linked to a well-known bookmaker, there are plenty of different banking options available to Coral Bingo players. There’s no point listing all of the options, in fact, as we’d be here all day and you know the sort of thing that you’ll be looking to use anyway. If they include debit cards then you’ll be grand, plus you’ll be able to use the likes of Skrill, NeTeller, EcoPay, PaySafe Card and PayPal.

All of the payment options have a minimum deposit amount of £5, with the exception of PayPal that shifts up to £10. When it comes to withdrawals, the minimum for all methods is £5. You’ll not be charged to make withdrawals or deposits as far as Coral are concerned, but check with the company that provide you with your deposit or withdrawal methods.

The Coral Connect Card allows you to collect any winnings you’ve picked up in one of the company’s 1,800 shops. In order to get your Coral Connect card you need to speak to a member of staff in your local Coral betting shop who will set it up for you on the spot. Existing customers of Coral’s website can pick up a card in any Coral shop by supplying your username and supplying a four digit PIN to activate it.

The first time you withdraw funds from a shop using your Coral Connect card you will need to show the debit card registered on your account (if there is one) and it’s a good idea to take some photo ID as well. But if you are not too comfortable entering your card details online (even though Coral’s security is top notch), using your Connect card to deposit and withdraw funds to and from your Coral Bingo account could be perfect for you.

As mentioned in the intro, Coral as a bookmaker was started in 1926 when a young man named Joseph Kagarlitski, who changed his name to Joe Coral, opened a betting pitch on a racecourse. He soon began to run Speedway meetings with his mate Tom Bradbury-Pratt at Harringay and the pair opened a credit office in London nearly twenty years later. Coral was one of the first bookies to open a shop when the law surrounding that changed in 1961, merging with another bookmaker in 1971 to form Coral Leisure Group.

Bass Plc bought Coral Leisure Group in 1981, though it continued to be operated as a separate entity from Bass Leisure. The company changed hands a few more times prior to merging with Eurobet in 1999 to form Coral Eurobet. The new company was itself bought by Gala in 2005 and ten years later the Gala Coral Group merged with Ladbrokes to form Ladbrokes Coral. As far as the bingo arm of Coral is concerned, it launched in 2012 and was given a revamp in 2015. Though Coral themselves don’t operate any bingo halls Gala obviously do, with Coral concentrating on their betting shops.