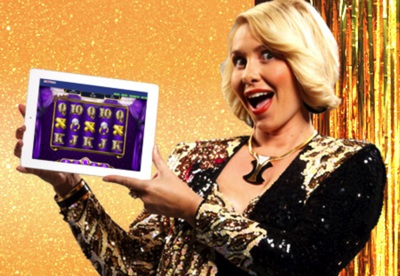 Since they were allowed to open high street shops in the 1960s, bookmakers have done everything they can to keep moving forward. They have developed and grown, merged and separated and generally done everything possible to become as big and all-encompassing as they can. One of the biggest things they’ve done in that regard is to cope brilliantly with the manner in which the industry has moved online. Once they did that, the natural progression was to see what other online gaming methods were out there that they could assimilate into their websites and one of the most obvious examples of a game that was popular to play online was bingo.

As soon as bookies realised the potential to bring in customers by attaching an online bingo service to what they already offered they began to spring up all over the place. Betfred are no exception, having bought Bucky Bingo in 2011 and launched their own bingo platform six years earlier. It’s entirely fair to say, therefore, that Betfred’s venture into the world of bingo isn’t something that they’ve just thrown together in the hopes of picking up a couple of extra customers. They take it seriously and on this page you’ll discover how that’s a good thing for us as punters. We’ll tell you about Betfred’s loyalty scheme, the different games you can play on the site and some of the history of the company itself.

As one of the biggest bookies around, Betfred have a captive audience that will likely check out their bingo rooms on a fairly regular basis. That doesn’t mean that they don’t need to to ensure that their bingo offering isn’t top-notch, however, with the standard Virtue Fusion offerings unlikely to keep people coming back for more. That’s why they’ve got some rooms that are exclusive to them, with the following being some examples:

Some people really enjoy playing bingo but simply don’t have time to hang around and watch the balls come out at a slow, leisurely pace. These people will want to head to the Extreme Bingo 90 ball bingo room, where the games come thick and fast and the jackpot is attention grabbing.

Though each room has its own personality traits and quirks, the reality is that the skin they inhabit is much of a muchness. The major difference between the Extreme Bingo room and the Bonkers Bingo is that the latter is a 90 ball room where things happen at a steady enough pace to mean you don’t need to get stressed.

What’s inside The Mystery Room? Nobody knows! Except, we do really. It’s a 90 ball bingo room that looks remarkably similar to other such rooms, to be honest. The games start at as little as 1p, though, so it’s here you’ll want to head if you’re hoping to keep your spending nice and low.

Betfred use their room names to create a sense of difference from one place to the next, but they’re probably not even kidding themselves on that front, truth be told. This 90 ball bingo room does occasionally have interesting features such as added prices and extra House calls, however, so head here if you’re hoping to mix things up a little bit.

Game On is a 75 ball bingo room that often has reasonably pricey games. As a consequence you’ll find that the jackpot is often quite high (£47,000+ at the time of writing) and is therefore of interest to those that fancy trying to win a life-changing amount of money.

As well as offering bingo rooms, Virtue Fusion and its parent company Playtech can also supply side games. These are normally made up of the likes of slot games and other interesting takes on the online gaming industry. At Betfred you’ll find these by heading to the Bingo Lobby and clicking on the ‘777 Games’ tab. They are separated into three different categories to make it easier to find what you’re looking for, starting with the obvious option of seeing all available games. Next you can have a look at just the Scratchcards, or you’ll be able to limit it down to the Slots only. Finally you can select to have a look at all of the new games that have been added to the site in recent times.

Betfred has worked hard in recent times to become something of a one-stop shop for all of your online gaming needs. As a result your Betfred Bingo account will also allow you to play other slots and so on in a number of different places. Firstly from the bingo home page you can click on ‘Side Games’ and be taken to see the different Slots, Casino games. Jackpots and Instant Win game that they offer. Alternatively you can use the company’s Casino, Live Casino, Vegas or simply just their own ‘Games’ section to see even more options. In other words, if you want to play more than just bingo then you’re going to have a whole host of choices available to you via your Betfred account.

Bookmakers don’t tend to mess around when it comes to the different banking options that they offer their customers. After all, if you’re spending ages trying to get money into your account then that’s time you’re not spending playing bingo or having a flutter on something else! Debit cards, along with PayPal, Skrill and Ukash have a minimum deposit amount of £5. NeTeller is weirdly £5.50 and bank transfers require a minimum deposit of £85. Because Betfred have so many high street shops around the country, you’ll also be able to deposit and withdraw money from your account by popping into one of the stores and asking them in there how it works. Betfred won’t charge you for making deposits and will allow NeTeller and Skrill users one free deposit per day. After that they could be subjected to a 2.9% charge.

When it comes to withdrawals, things aren’t too dissimilar. There’s a minimum withdrawal amount of £5 for everything except bank transfers, which will require you to take out at least £25. The good news is that there’s no maximum withdrawal amount for bank transfers, whereas there are with other methods. Debit cards, for example, will allow a maximum of £9,999.99 to be taken out of your Betfred account. It’s then £4,000 for NeTeller, £5,000 for PayPal and £6,500 for Skrill. You’re unlikely to be charged for withdrawals by Betfred, but you might be charged by your financial provider so make sure that you check that out in advance. NeTeller withdraws are free as long as you’ve played through your deposit once. If you haven’t then they might be subject to a 2% withdrawal fee. It’s a bit more complex for bank transfers, with one free one every 28 days and then a £12 fee for a standard withdrawal.

Betfred was set up in Salford, Greater Manchester in 1967. It was the brainchild of two brothers name Fred and Peter Done, the former of whom is still heavily involved in the company. Having started out as just one shop in one small area of the North-West, it grew to commanding a turnover in excess of £3.5 billion by 2004. The company launched its website in 2004, which was when they also re-branded from Done Bookmakers to Betfred. A year later they launched their bingo platform and it’s gone from strength-to-strength ever since then. The company has enjoyed two major successes in recent times. In 2011 Betfred won the right to buy The Tote from the government in a deal believed to be worth £265 million. That essentially gave them exclusive rights to the biggest betting platform in horse racing, with a subsidiary pitch, Totesport, on every major racecourse in the country.

Then when Ladbrokes and Coral merged in 2016 and the government declared that they needed to sell off some of their shops in order to ensure fair competition in the market, Betfred bought 322 of them and increased their market share to more than 1650 around the United Kingdom. When Buckingham Bingo began to be split up in 2011, Betfred jumped in and bought up the online side of the business. They re-launched it under the name of Bucky Bingo and suddenly had not one but two of the most successful ‘second-tier’ bingo sites online. Though neither are seen as a threat to the likes of Gala Bingo or Mecca Bingo, they earn Betfred enough money to mean that the Warrington-based company keep them ticking over. It’s fitting that a North-West company bought Bucky’s online arm, with Buckingham Bingo being the largest bingo chain in the region during its heyday.