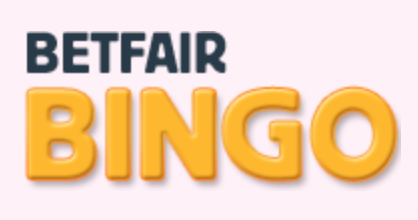 Betfair was launched as a company back in June of 2000, offering those interested in placing sports bets an entirely different way of doing so. Their Exchange was a brand new concept that bettors took to immediately, gaining the company a small but fervent customer base in an extremely competitive market. They were so confident in, and happy with, their product that they didn’t launch a standard sportsbook until 2012. The company’s bingo platform was launched a year later and those fervent and loyal customers that had been with Betfair since its launch were happy to move over and give it a try.

Betfair’s bingo platform was run on the Virtue Fusion platform from the moment it launched, unlike some other companies that move over to Virtue Fusion after a short time of using something else. The company merged with Paddy Power in 2016, so if you’ve used the Irish bookie’s bingo services before then some of Betfair’s may feel familiar. They’re run as separate entities, though, meaning that you’ll be able to have an account with each. Here you’ll learn why you might want to give Betfair Bingo a go, including having a look at the different rooms that they offer as well as some information about how they do their banking and what Betfair’s history entails.

As mentioned in the intro, Betfair Bingo has used the Virtue Fusion platform for its bingo since the day it launched. That means that there are plenty of rooms available through the bookmaker that you’ll also be able to enter and play in via other sites that use the same Virtue Fusion software. From Betfair’s point of view, that isn’t great. They want to give their customers a reason to keep coming back rather than using a competitor’s bingo platform, so as well as the Bingo Club they also offer a number of exclusive rooms that you won’t be able to play in anywhere else. Some of these are detailed here:

Based around the image of a large tractor wheel, this room is where you’ll want to head if you fancy playing low cost bingo as tickets start at 1p. It’s a 90 ball room too, so there’ll be plenty of bingo to be played in here.

There are several different types of room that exist no matter where you go to play your bingo. One example of those is a cheap room, the other is a speedy room. Roller Coaster fits into the latter category, with games coming at you thick and fast. Head to this 90 ball room if you like things feeling high octane!

Another room that offers value games, House of Mirrors also offers regular bonuses such as 1TG and 2TG. It’s a 90 ball room offering plenty of interest.

Sadly not as White House themed as you might expect, House of Cards is another 90 ball room with plenty to recommend it. That includes offering bonuses such as Buy One ticket Get One Free reasonably often.

a 75 ball bingo room, Helter Skelter is a fun place to head if you fancy a slightly different type of bingo to some of the other rooms offered on here. Get there at the right time and you might be able to enjoy the likes of Penny Bingo Hour, which does exactly what it says on the tin.

If you haven’t noticed yet, the rooms that are exclusive to Betfair all have some sort of circus type theming to them. The Dodgems room is an 80 ball one that asks you to find shapes in your ticket rather than the usual Line or House.

Some bingo sites have rooms that are filled with interesting graphics for their side games or have the bingo calls done by a celebrity from the TV show it’s supposed to represent. Most of the time, however, once you’re in the actual room there’s not much difference between it and any of the others. That’s the case with the Big Dipper, which is a 90 ball bingo room that has its own interesting things to offer but isn’t vastly different from any of the others.

Playtech, the parent company of Virtue Fusion, don’t just offer bingo solutions to companies that want to use their software. They also have slots and other games that they can offer in order to keep things as different and exciting as possible for punters that use their wares. The risk then, of course, is that every company has exactly the same games to offer as every other one, which is a bit boring. So instead of simply using Virtue Fusion for everything they also bring in additional companies to ensure that things are as varied and noteworthy as possible, hoping that this will encourage punters to keep coming back.

For Betfair, there’s plenty of variation when it comes to games other than bingo that you can play. First of all, from the bingo lobby you can click on the tab labelled ‘777 Games’ and view all of the different options available to you. They separated out into three different tabs, starting with viewing all of them together before giving you the option to only see the scratch cards or just the slots. Finally you can view simply the newest games on offer by clicking on the ‘New’ tab. Of course, because Betfair is a larger company there are many different ways to play such slots. From the site’s homepage you can have a look at the casino, the live casino, the arcade, Vegas slots, Macau and even Exchange Games, which are like the others but played differently.

Betfair, combined with Paddy Power, is one of the biggest bookmakers on the market. It’s fair to say, therefore, that they offer their customers a decent number of banking options in order to ensure that there are as many different ways of getting you playing as possible, as quickly as quickly as possible. The payment methods that are available to you are there regardless of whether you want to bet on the Exchange, the sportsbook or play a bit of bingo. That includes the usual debit cards as well as the ever-more popular e-wallets that more and more punters are using. They include the likes of NeTeller, Skrill, PayPal and PaySafeCards, to name but a few.

In terms of putting money into your account, Betfair ask you to pay a minimum of £6 in every time you make a deposit. The company will never add a charge to your transactions, though the company you bank with may. At the very least it will change how much you’ll have made or lost from your bingo playing, which is always good to know. When it comes to getting your winnings out of your Betfair account and into your own wallet, the minimum that you’ll need to take out will vary depending on the banking method that you’ve chosen. If you’re using a debit card, for example, then you can take out as little as £1. 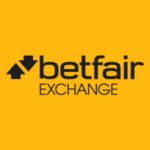 Back in 2000, at the turn of the millennium, Andrew Black and Edward Wray decided to set up an online betting company with a difference. Instead of giving their money to the bookies, they realised that they could take out the middle man and essentially become the bookies themselves. They allowed other punters to set odds and make transactions between them on the Exchange, taking a small amount of commission as payment in order to make it work as a business. It caught on as an idea almost immediately, with Softbank’s purchase of just shy of a quarter of the company in 2006 valuing it at around one and a half billion pound. Initially Black & Wray were resistant to the idea of making it a more mainstream site, sticking with the Exchange idea that had made it so popular to begin with.

That all changed in 2012 when they decided to launch a standard sportsbook on their website. Thankfully, it didn’t alter Betfair’s appeal, with the majority of bettors liking the way that they could choose between the traditional and the modern way of betting. As a consequence, the company decided the following year to branch out even further and introduce a bingo platform to their customers. Two years later and it was announced that Paddy Power and Betfair would merging to form a new company that boasted the imaginative title of Paddy Power Betfair. The deal didn’t actually go through until February of 2016, at which point it became the biggest gambling company when it came to both revenue and size. This new online gaming behemoth had a new valuation of close to £10 billion, making it a true market leader.